Citigroup’s long-planned sale of its Russian retail bank is stuck in legal limbo following Moscow’s invasion of Ukraine, raising the odds the US bank will have to wind down the operation.

Plans to get rid of Citi’s retail business in Russia were set forth almost a year ago as part of chief executive Jane Fraser’s efforts to scale back the bank’s far-flung international consumer network.

But the number of potential buyers for the division has dwindled now that western countries including the US have sanctioned Moscow in response to Russian president Vladimir Putin’s attack on Ukraine. The situation risks pushing Citi closer to a costly writedown, dealmakers and sanctions experts said.

“We are running out of options. . . shutting down everything might be our only option,” a person inside Citi said.

The bank declined to comment. In a statement issued after this article was first published, Citi said it was continuing its efforts to exit consumer banking in Russia, adding: “As we work toward that exit, we are operating that business on a more limited basis given current and circumstances and obligations.”

Hundreds of western companies have announced their withdrawal from Russia to protest the invasion. Some companies, such as oil majors BP and ExxonMobil, have said that they will exit their stakes in Russian ventures in response to the war.

“If you’re a western business trying to divest your Russian holdings, whatever they are, it’s a tough time to be doing that,” said Brian O’Toole, a former US Treasury official.

Citi’s statement on Wednesday said that it was “supporting corporate clients in Russia, including many American and European multinational corporations who we are helping as they suspend or unwind their business. With the Russian economy in the process of being disconnected from the global financial system as a consequence of the invasion, we continue to assess our operations in the country.”

Citi was already looking to sell its Russian retail bank before the invasion. The US bank disclosed last month that it has almost $10bn worth of exposure to Russia through loans, government debt and other assets, partly held through its retail bank.

Several Wall Street dealmakers said it was “in living memory” for a sale process to be conducted in another country while it was being slammed with economic sanctions by the US and European countries.

“There have been deals done under the gun before. But I don’t know of anything like this politically,” said one longtime Wall Street deals lawyer.

Speaking last weekFraser said the situation in Russia was “fluid” and that it was “too early to tell exactly what that means in terms of our sales process”.

One sanctions lawyer said that Citi’s options are becoming “more constrained” as the conflict continues.

The main potential buyers inside Russia are likely to be affected by sanctions, so any deal would require a waiver from the US government. Absent a waiver, the pool of buyers would shrink to non-sanctioned buyers in Russia or other countries that have taken a more neutral stance on the war, such as China. The limited roster of potential acquirers raises the chances that any sale would come at a steep discount.

“They will have to think long and hard whether there is a potential buyer and if it’s someone they want to be seen taking money from,” said another Wall Street dealmaker.

Another option is to simply wind down the business. However, one Wall Street lawyer who has worked on such transactions said it could take “close to a year” to settle loans and find new homes for bank deposits.

“This isn’t a grocery store where you can throw out spoiled produce. It’s a financial institution where people have deposits and loans. And you’re going to have to worry about the potential for Russian retaliation,” the lawyer said. 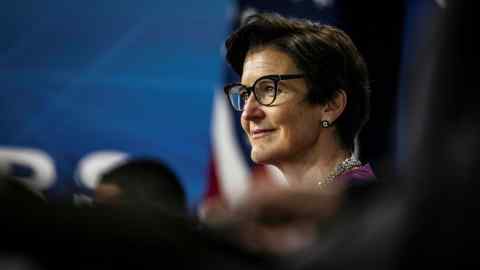 Doing nothing is also an option gaining traction within the bank. “Winding down could also be hard. Wait-and-see could be the most reasonable course of action,” said another person inside Citi.

Citi was one of the first foreign banks to enter Russia after the fall of the Soviet Union, launching corporate banking operations in 1993 and retail banking in 2002. The bank has maintained its commitment to the country over the years, even as other international banks retreated owing to intensifying competition from state-backed banks and comprehensive compliance requirements.

Its Russian consumer bank, with locations in 10 cities including Moscow and St Petersburg, serves about 500,000 consumers primarily through unsecured lending products such as credit cards and personal loans. The division sought to be “leading bank in Russia” serving the middle and upper classes and held roughly 180.4bn roubles in consumer deposits and 44.7bn roubles in loans to individuals by the end of 2020, according to filings.

Citi’s Russian consumer deposits nearly doubled from 2014 through 2020, even after sanctions imposed following Putin’s 2014 annexation of Crimea in southern Ukraine limited US banks’ lending in the region. The deposit growth was welcomed at the time but has now complicated the sale process in 2022.

“There’s no playbook for this situation. Anyone that says they have one hasn’t been living through a crisis in the past two weeks,” said Daniel Tannebaum, Americas anti-financial crime head at the consultancy Oliver Wyman, speaking about the dilemma facing western companies.

“We are all figuring things out as we go of, how do you safely unwind operations in a country so heavily under sanctions?” he said.