The pound tumbled to a two-year low against the US dollar after the UK economy contracted in April, missing forecasts and confirming the recovery has stalled since January as surging prices hit household spending and business activity.

Sterling slumped by as much as 1.5 per cent to $1.2140, as the latest gloomy economic news was compounded by a broad rally for the dollar to push the exchange rate to levels last seen in May 2020. The pound, which has held up better against other major currencies, hit a one-month low against the euro on Monday.

Gross domestic product fell 0.3 per cent between March and April, data published by the Office for National Statistics showed on Monday, below the 0.1 per cent increase forecast by economists polled by Reuters.

April’s growth was hit by the winding down of the NHS test and trace programme, which contributed to a 5.6 per cent drop in health sector activity.

The data followed two months without growth in the worst combination of surging prices and lack of economic expansion since the 1970s.

Chancellor Rishi Sunak said on Monday: “I want to reassure people, we’re fully focused on growing the economy to address the cost of living in the longer term.”

However, last week, the Paris-based OECD cut its UK growth forecast for 2023 to zero, the lowest in the G20 excluding Russia, reflecting the impact of high inflation and rising rates.

Official data last month showed that consumer prices rose at an annual rate of 9 per cent in April, the fastest in 40 years and the highest of any G7 country.

Prime Minister Boris Johnson said on Friday that he did not intend to cut taxes to stimulate growth while inflation was so high. “I understand that we need to bear down on taxation and we certainly will,” he told LBC radio. “But we’ve got an inflationary spike that we’ve got to get through right now, looking after people as we go through that.”

David Bharier, head of research at the British Chambers of Commerce, a business organisation, said: “Businesses from all sectors are facing highest rises in raw material costs, soaring energy bills, and pressures.” He added that the increase to employer National Insurance contributions in April had only added to companies’ woes.

Many economists note that UK GDP growth is on course to undershoot the Bank of England’s expectations of 0.1 per cent in the second quarter. However, with inflation forecast to increase further in the autumn, markets expect the Monetary Policy Committee to increase interest rates for the fifth consecutive time when it meets on Thursday. 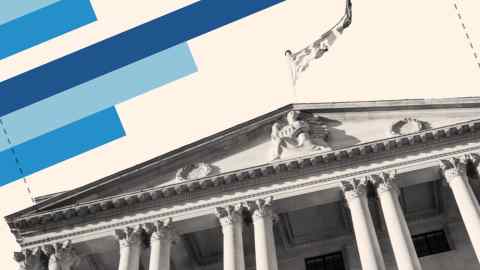 Investors are evenly divided on whether the MPC will lift borrowing costs by 0.25 percentage points to 1.25 per cent, or opt for a larger half-point increase.

“We expect the MPC to tread speculatively,” said Thomas Pugh, economist at leading audit, tax and consultants RSM UK. He forecasts a series of 25bp rises taking interest rates to 2 per cent by the end of the year, rather than big jumps, “which could tip the economy over into recession”.

The service sector fell 0.3 per cent, the main contributor to April’s fall in GDP. This was despite wholesale and retail trade rebounding 2.7 per cent and expansion in the accommodation and food services sectors.

Output in the recreation sector contracted, but overall the data suggest “that households are prepared to borrow more and save a little less in order to defend their current level of real expenditure”, said Samuel Tombs, economist at Pantheon Macroeconomics.

Production fell 0.6 per cent, driven by a sharp contraction in manufacturing as businesses reported the impact of price increases and supply chain shortages.

The government announced last month a new package to support households with rising prices. James Smith, economist at ING said that meant “a consumer-led recession may be avoided”, but added that ultimately a lot dependent on wholesale energy prices this autumn.

The ONS also published data on trade that showed the UK importing £24.3bn more than it exported in the three months to April, the second-largest deficit since records began in 1997 after March.