Corporate fundraising cooled sharply in the first half of 2022 as a storm blowing across financial markets left bankers and corporate finance chiefs wary of issuing new stocks and debt.

“In the first quarter we realised rates were going up and war in Europe was obviously bad, but for financial markets it was all fairly contained,” he said. “We probably had many of the same things going on as we do now, but this quarter we realised how tied up everything is together.”

The impact on financial markets has been bruising. The S&P 500 tumbled 16 per cent in the second quarter that ended on Thursday, leaving year-to-date losses of more than 20 per cent and pushing the US stock index into the common definition of bear market territory.

The junk bond market, where low-rated companies borrow from risk-tolerant investors, registered its biggest quarterly loss since the pandemic-induced ructions of March 2020.

Interest rate expectations have also rapidly recalibrated and investors now expect the Federal Reserve’s benchmark interest rate to sit at roughly 3.5 per cent by the end of 2022, which would mean markets ending the year with the highest federal funds rate since the start of 2008.

The US central bank hopes that raising borrowing costs will suppress demand and, in turn, reduce scorching price rises. The slowdown in capital raising is a signal that the Fed’s efforts are beginning to make an impact.

“We had begun to anticipate the storm in the first quarter,” said Kevin Foley, head of global corporate debt issuance at JPMorgan Chase. “Now we are really in it.”

Investors have, in turn, been reluctant to hand over cash. Bankers said corporate treasurers largely halted all but absolutely necessary fundraisings.

The sharp swings in financial markets this year have hit sales of shares the hardest, with many companies delaying planned initial public offerings, including some that agreed to cut their valuations privately.

Equity financing around the world from companies going public to follow-on stock offerings, convertible bonds and special purpose acquisition vehicles (Spacs) slumped nearly 70 per cent to $252bn by the end of June, marking the smallest sum raised over the first six months of a year since 2005.

The decline was particularly noticeable in the US, where total equity fundraising collapsed to just above $40bn, the least since at least 1999, and down from nearly $327bn for the first six months of 2021.

Just 18 companies listed in the US through traditional IPOs in the second quarter, and 14 in Europe. The cold reception given to Bausch & Lomb, the largest US flotation, highlighted the weak environment and discouraged other companies from following suit. Bausch & Lomb raised less money than initially planned and its shares have fallen more than a fifth from their offering price.

“There are just too many question marks at this time [for deals to get done],” said Lauren Hahn, managing director for equity capital markets at KKR, adding that the slowdown was unlikely to abate until inflation begins to cool. “Nobody knows where the bottom is.”

Asian and Middle Eastern markets, while still weak, were substantially strongerwith blockbuster deals in the first half including the $11bn IPO of South Korea’s LG Energy and the $6bn listing of Dubai Electricity and Water Authority. 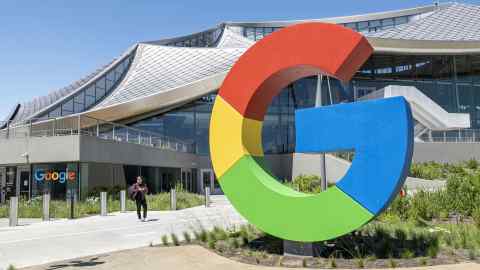 The same was true for corporate bond issuance. Across Asia, corporate bond sales slipped compared with 2021’s bumper first half, but still posted their third consecutive year of more than $1tn of issuance.

Globally, the slide in new fundraising was concentrated among lower-rated companies, while high-quality, investment-grade issuance remained more in line with its historical trend. Junk bond sales in the US sank to less than $60bn, down from more than $250bn in 2021 and the slowest start to a year since 2009.

“Ever since the [2008] financial crisis we have had very short down periods. Greed and liquidity have brought the market back quickly,” said a debt banker at a US bank. “This monetary correction and the Ukraine crisis, we hope it would sort itself out. But this dislocation is different. It’s extended . . . I can’t point to anything that will turn it round the other way.”