UK economic activity contracted at its fastest pace in nearly two years, suggesting that the country has fallen into a recession during a period of political uncertainty and high energy and borrowing costs.

The S&P Global/Cips flash UK composite output index, a measure of activity in the private sector, dropped to a 21-month low of 47.1 in October from 49.1 in September.

This is the third consecutive reading under 50, which indicates a majority of businesses reporting a contraction in activity, and is below the 48.1 by economist polled by Reuters.

The gloomy outlook comes during a period of political turmoil in the UK, with candidates battling for the leadership of the ruling Conservative party after Liz Truss was deposed last week.

The economy “therefore looks certain to fall in the fourth quarter after a likely third quarter contraction, meaning the UK is in recession”, he noted.

Adding to signs of weakening underlying demand, new orders decreased at the fastest pace since January 2021, attributed to a downturn in business and consumer confidence in recent months. 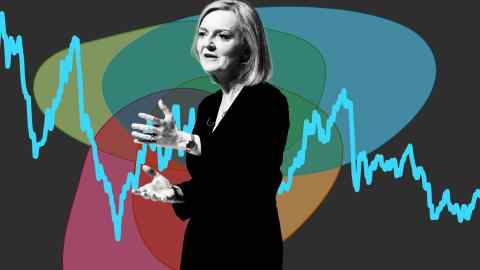 The manufacturing sector remained in a downturn for the third consecutive month, while the services reported the first contraction in 20 months.

Squeezed household budgets, recession concerns and delayed business investment decisions due to political uncertainty were all cited as factors leading to lower output in October, according to the report.